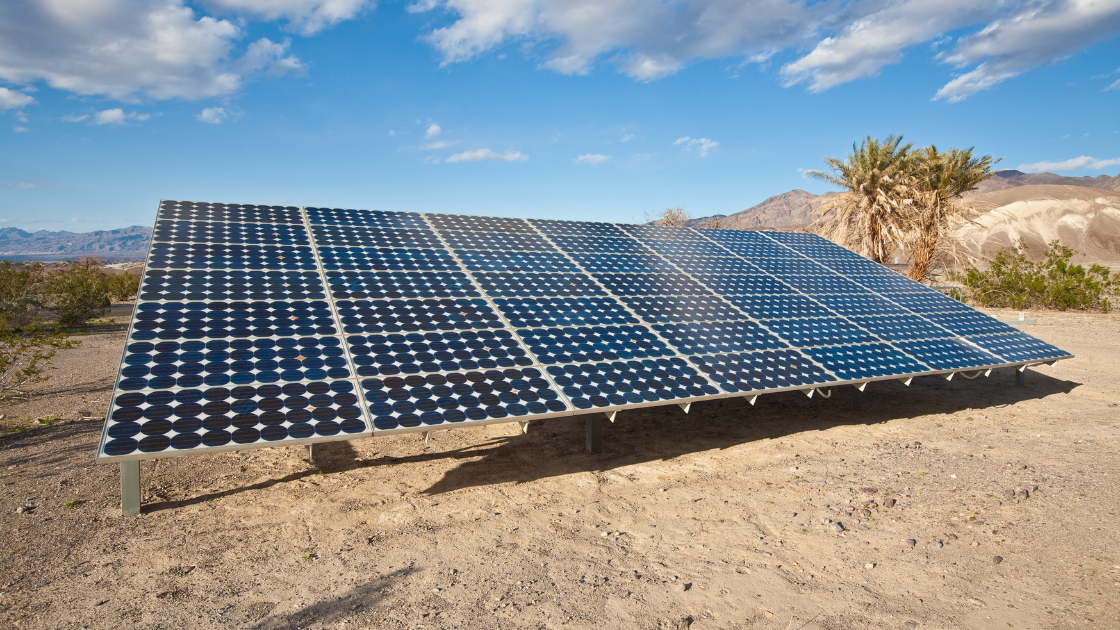 For solar professionals, solar panels are called PV modules, the word PV comes from the photovoltaic module, they are called this to avoid confusion with solar panels that we can use for other things like heating water.

Photovoltaic is the science of turning sunlight directly into electricity.

Photo stands for photons of the sunlight.

Voltaic stands for Volts of electricity.

In simple terms, this is how solar panels work.

Step 1. The sun gives off light, even on cloudy days.

Step 2. PV cells on the panels turn the light into DC electricity.

Step 3. The current flows into an inverter, which converts it to AC electricity ready to use.

Step 4. The current is fed through a meter and then into your home’s consumer unit.

How does it work

Solar panels contain solar cells, solar cells are made of layers of silicon, a semiconductor material made from sand.

When the photons of light enter a solar cell, they get absorbed and excite electrons in the silicon layers causing them to move and ultimately flow continuously through a circuit of wiring that feeds in the solar panel system. Harnessing this electron flow is what gives you electrical power.

In order for the solar panels to produce electricity that you can use with home appliances, you need to have one or more inverters.

The inverter is a device that will convert the direct current produced by the solar panels to the alternating current that is used by the home appliances.

How do solar panels produce electricity at home?

The solar panel modules can be installed on the roof or on the ground.

The modules in an array are usually wired together in groups, each group is called a series string.

The series strings are joined near the array st a combiner box or other device, and the wiring from the box brings the power to the rest of the system components at the ground level.